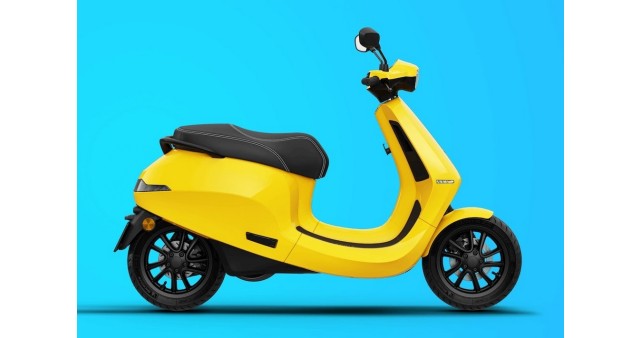 The selection of electric scooters in the Indian market will be charged up with new launches throughout the year.

The Upcoming Electric Scooters in India are here with their expected ex-showroom prices and launch dates.

Note that some of the launch dates are in the guidelines received before the full effect of COVID-19 is realized in India.

Ola Electric is one of the sisters of the popular ride healing service Ola Mobility. The brand is offering hassle-free ride-sharing options in many Indian cities. It has recently acquired Dutch electric two-wheeler maker Etergo and will soon launch its own electric scooter in India.

The upcoming Ola electric scooter was tested for the first time in India. It will be a premium offer with modern features like LED lighting, touchscreen, digital console, and much more.

The brand has set up its Future Factory scheme in Tamil Nadu. The factory will be fully operational by June 2021 and will have an annual capacity of 2 million units.

Hero MotoCorp has introduced the Hero Maestro electric scooter concept at the 2020 Hero World. It comes with the bodywork, suspension and wheels of the Maestro Edge 110 scooter but a separate frame for the electric motor and battery pack.

The electric scooter is in the final stages of testing and could be launched in upcoming years. While using the Maestro Edge’s tail lamp assembly, it gets a new LED headlamp. The semi-digital instrument console has also been replaced by a digital display.

The upcoming Hero Maestro electric will directly compete with electric scooters like Bajaj Chetak and TVS iQube. Hero says the Maestro electric gets a powerful permanent magnet motor and a lithium-ion battery pack. Given that Hero MotoCorp has a large stake in Bengaluru-based electric start-up Athar Energy,

There are currently no official updates from the company. The company that manufactures the scooter will not reveal any features. So, we request you to wait for the official announcement from the brand.

Suzuki Burgman Electric has once again been designed for testing in its product ready form. Japanese manufacturers expect to bring electric scooters to market by the end of 2021 at a price of around Rs 1.20 lakh.

The design of Suzuki Burgman Electric looks similar to Suzuki Burgman Street. It has a telescopic fork, disc brakes, and a 12-inch alloy wheel on the front. However, the rear one uses a dual shock absorber setup. The rear wheel is also smaller, mostly a 10-inch unit, with drum brakes and CBS.

The motor in an electric scooter is expected to generate about 4 kilowatts of electricity. Its efficiency can be equivalent to a 110cc petrol-powered scooter. Expect a range of about 90 km, which should be enough for daily travel.

There are currently no official updates from the company. The company that manufactures the scooter will not reveal any features. So, we request you to wait for the official announcement from brand.

Mahindra offer electric scooter in India, which is the Mahindra Gusto Electric. It’s a sharp and boxing design that meets its appeal to be a family scooter.

The Mahindra Gusto Electric has a Power of 110cc single-cylinder engine which delivers torque of 9Nm and 8bhp via a CVT transmission. In the case of bicycle parts,

the Mahindra Gusto Electric rides on alloy wheels and tubeless tires that are suspended away from the binoculars and have a mono-shock at the rear. The braking hardware on the scooter has CBS (combined braking system) and drum brake setup at both ends.

The Tunwal Lithino Li 2.0 gets a powerful permanent magnet motor and a lithium-ion battery pack. Expect a range of about 70 km, which should be enough for daily travel.

Upcoming Electric Scooters in India will be exciting. Electric motors have gained momentum in relation to changing technology and government policies. It is imperative to set a roadmap for Electric Scooters going forward