These two new electric scooters named HOP Lyf and HOP Leo start at Rs 65,500 and Rs 72,500, respectively by the HOP Electric Mobility. Interested customers can order a test drive by registering on the company website. For young audiences who know more about the importance of sustainable mobility.

HOP electric scooters have similar performance indicators. The maximum speed of the scooter is 50 km/h while maintaining a full load range. Thanks to dual lithium-ion batteries, it can travel 125 kilometers on a single charge. It’s electric motor can generate up to 2000 W of mechanical power.

Both electric scooters use modern design and offer attractive colors. Of the two, Lyf seems to be hotter. It is delivered with a V-shaped front apron with an extension. Another unique feature of Lyf is the backrest. This provides passengers with a comfortable ride experience.

Speaking of Leo, the appearance of the scooter is bold and stylish. The front apron is very different from Lyf. Common features of the two scooters include LED headlights, sports rearview mirrors, a full digital display, mobile charging port, and front storage space. ., Space Both scooters provide a comfortable ergonomic design for the driver and front passenger.

The motor used in HOP Lyf can generate a maximum of 2000 W of power. The top speed is 50 kilometers per hour, and the cruising range is 125 kilometers when using dual lithium-ion batteries.

Leo has a larger motor that can generate 2500W of peak power. The top speed is 60 km/h, and the cruising range is 125 km when using two lithium-ion batteries. Both scooters offer three driving modes: Eco, City, and Sport.

One of the power sources of HOP Lyf and Leo is that these two electric scooters have significantly reduced operating a costs-an an average of 20 paise per kilometer, while the travel cost of 50 kilometers is only Rs 10.

In order to eliminate concerns about battery life, HOP Electric is working to establish an extensive network of battery replacement stations. This configuration complements the company’s unique ownership model, and customers don’t have to pay for the battery.

At the next battery replacement station, users can replace dead batteries with fully charged batteries at any time. You need to pay for battery usage, not the full cost of the battery. HOP is also working hard to release its OXO 100 electric bicycle, which has a top speed of 100 km/h and can ride 100 km without charging.

HOP Electric Mobility announced that it will launch at least five electric vehicles at the end of this fiscal year, of which the company has just launched two high-speed electric scooters Leo and Lyf. Of the two models, starting with the HOP Leo, this model is currently priced at Rs 72,500. Leo offers three flavors: Leo Basic, Leo, and Leo Extended.

The top speed of the scooter can reach 60 km/h, and due to the use of double lithium-ion batteries, it can travel 125 kilometers after being fully charged. The company says that Leo Extended motors can generate up to 2,700 watts of mechanical power at a time. HOP Lyf starts at 65,500 rupees and offers three flavors, namely Lyf Basic, Lyf, and Lyf Extended

The company also plans to launch more models in the future. On the list is the HOP Oxo 100 electric bike, which will be an economical two-wheeled electric bike that can travel 100 kilometers on a single charge. Their top speed is also 100 km/h. However, the company has not yet released official details about the launch of these products. 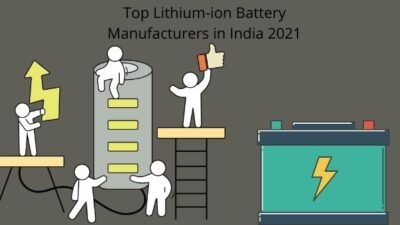 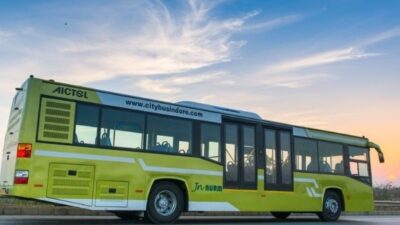