On Wednesday, 6 April 2022 the Tata Motors, revealed its all-new Electric SUV Concept, “Tata Curvv”. As shown in the images, the concept combines the spirit of a strong SUV with the dynamic design of a Coupe. Curvv, according to the firm, is a “rendition of the current SUV typology.” The production-ready model would be available in the Indian market in coming 2 years.  for the more detailed information you need to read the article till the end.

The innovative Curvv concept foreshadows the future generation of luxury Tata vehicles. It will give birth to a distinct SUV coupe with both electric and combustion engine options. The Curvv is built on Tata’s new Gen2 platform, which is a development of the company’s current models. While a road-going version is still a few years away.

The new Tata Curvv EV Coupe Concept is also longer than the subcompact Nexon EV, measuring roughly 4.3 meters in length and having a 50-mm longer wheelbase.

The longer wheelbase also benefits the car by allowing it to fit a larger battery pack, which will provide a longer driving range of roughly 500 kilometers and higher power output. In India, it will compete against the MG ZS EV and the Hyundai Kona Electric, with the production version of the Tata Curvv EV Coupe slated to hit the road in 2024.

The Curvv idea features a classic electric vehicle front fascia with smooth, closed surfaces. It will have some traditional elements because it will have a combustion-engine option. To match the design, the sporty air dam area of the front bumper has a panel with grooves: horizontal in the middle and vertical on either side. There isn’t a grille. From the side, the Curvv can flaunt its coupe-styled roofline. It lacks traditional outside rearview mirrors and door handles, which contribute to its streamlined appearance. The Curvv is a premium concept EV with frameless doors, similar to luxury vehicles. This is, however, unanticipated to be carried over into the production model.

When you look at the back of the Curvv, it seems quite modern. Its width is accentuated by the lightbar that runs the length of the vehicle and serves as its taillights. The thin grooves on the bumper are similar to those on the front bumper.

The LED strip across the margins of the rear windscreen was another standout design feature on the Curvv concept’s back end. Because it houses a two-part, roof-integrated spoiler for greater aerodynamics, the top edge is not lit. These two characteristics contribute significantly to the Curvv’s overall appearance as a luxury and dynamic SUV coupe. The exterior’s sleek and simple design is carried over to the interior as well. The light blue background is broken up by black panels. The dashboard is quite flat, with freestanding displays on top and no central console separating the front passengers. It features an LED strip that runs the length of the cabin and provides ambient lighting. The driving controls are located on a floating central console extending from the front central arm rest because there is no central console below the dashboard dividing the driver from the front passenger. It has a lighted rotary dial for reverse, drive, and park, as well as touch controls for the rest of the functions. Sporty front seats with superior upholstery are featured in the Curvv concept.

The power window controls are constructed similarly to the steering wheel controls. It has a premium toggle for the window that is vertically oriented, with touch inputs for the other controls.

The Curvv concept is a four-seater with sports seats in the back, while the production variant will be a five-seater.

The Tata Nexon EV has been a huge success for the Indian automaker, and the Tata Curvv EV Coupe will be added to the lineup in the near future. It will be positioned above the Nexon EV in the business’s lineup, and the company is anticipating a positive market response, even for its newest EV addition. 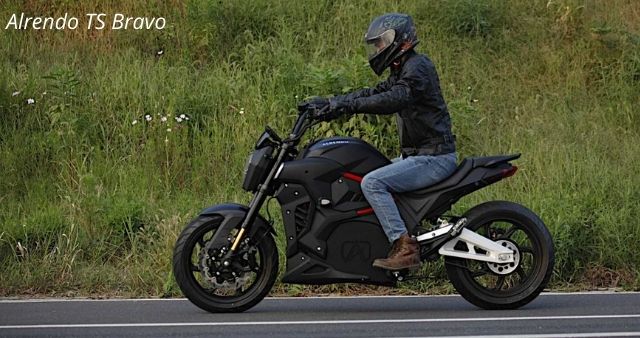 Have a look at ready to launch Alrendo TS Bravo